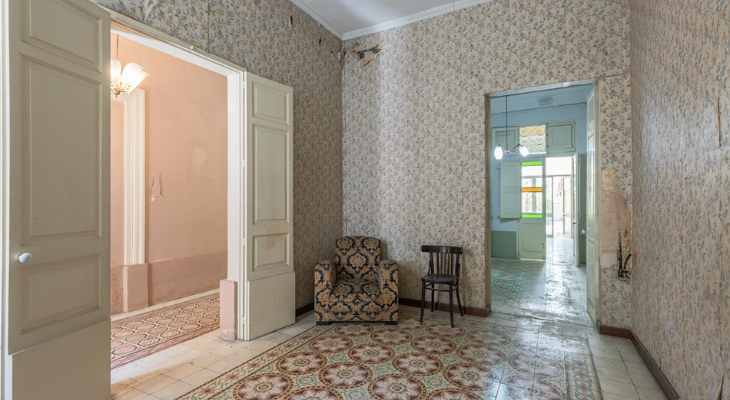 Malta formed the paradisiacal backdrop of the first live meeting of the partners in the Revintage project at the end of August, hosted by our friends from VisMedNet. In several presentations and workshops, we got a better grip on the subject, the valuation and preservation of post-war European interiors.

Especially inspiring was the contribution of six experts from Malta itself. They spoke to us about the problems they encounter in carrying out their work to preserve Malta’s heritage. They too have to deal with the fact that heritage from the second half of the last century often does not qualify for full protection because it is not yet regarded as properly “historical”. With all the consequences this entails: much-built heritage and interiors are in danger of disappearing. For example, we paid extensive attention to the Palazzina Vincenti in Sliema, Malta. This modernist building from 1948, labeled by many as ‘ugly’ and dilapidated, was in danger of falling under the demolition hammer and being replaced by a 14-story high-rise. The Superintendence for Cultural Heritage, fortunately, decided at the last minute that the iconic building with its so-called waffle slab ceilings and other special interior elements would receive protection.

In the Revintage project, we will encounter more forms of revaluation of recent interiors and it was good to discuss some examples with those directly involved in Malta. The discussion showed that ignorance and lack of skills for restoration seriously hinder the preservation of this form of heritage.