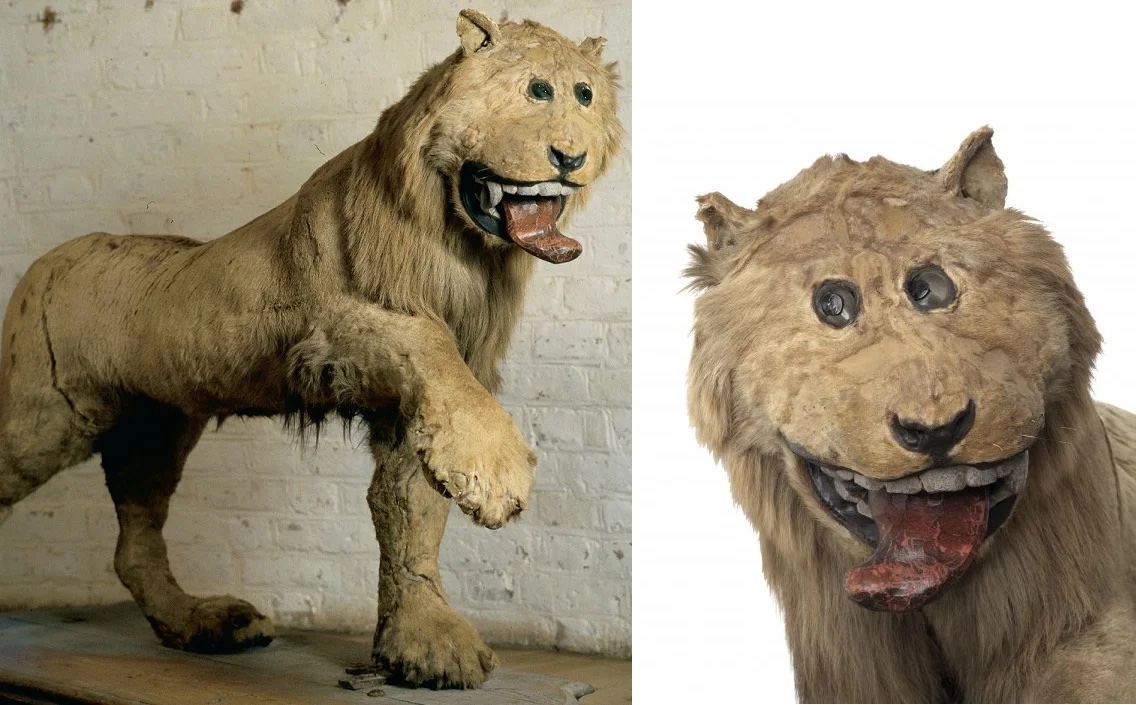 Allow me to present you with the Lion of Gripsholm Castle, near Stockholm in Sweden. It’s a very odd-looking creature with a somewhat tortured history. Originally, the (then alive) lion was gifted by the Bey of Algiers to King Frederick I of Sweden in 1731. When it lion died, it was skinned, and the bones were also preserved.

More than fifty years later, a Swedish taxidermist was commissioned to stuff the animal. There were no preserved images of the animal, and this man had never seen a living lion before. However, he was familiar with heraldic lions from the coat of arms of his sovereign, who was a member of the House of Wittelsbach. It is likely that he expressly tried to make the stuffed animal resemble the one on that coat of arms. The result of his work can be seen to this day at Gripsholm Castle in Mariefred, near Stockholm.

Not only has the animal become an overall travesty of its natural appearance, the taxidermist even succeeded in changing much more. You see, usually, lions depicted in Northwest European coats of arms were cape lions, a now-extirpated population from South Africa that looks somewhat different from the lions further north. Although not an advertisement for modern criteria of eighteenth-century taxidermy, the lion has amassed its share of fans and even possesses its own Facebook page.

What makes it interesting as a heritage object, however, is the multitude of things it represents simultaneously:

Today, the lion mainly serves as a hilarious historical footnote, but it should also remind us of the common nature of historical contingencies and the necessity to keep looking critically at the identification of heritage.

Personally, I mostly feel sorry for the wretched animal: it can’t have led a very nice life, but nothing compares to what’s been done to it after its death.