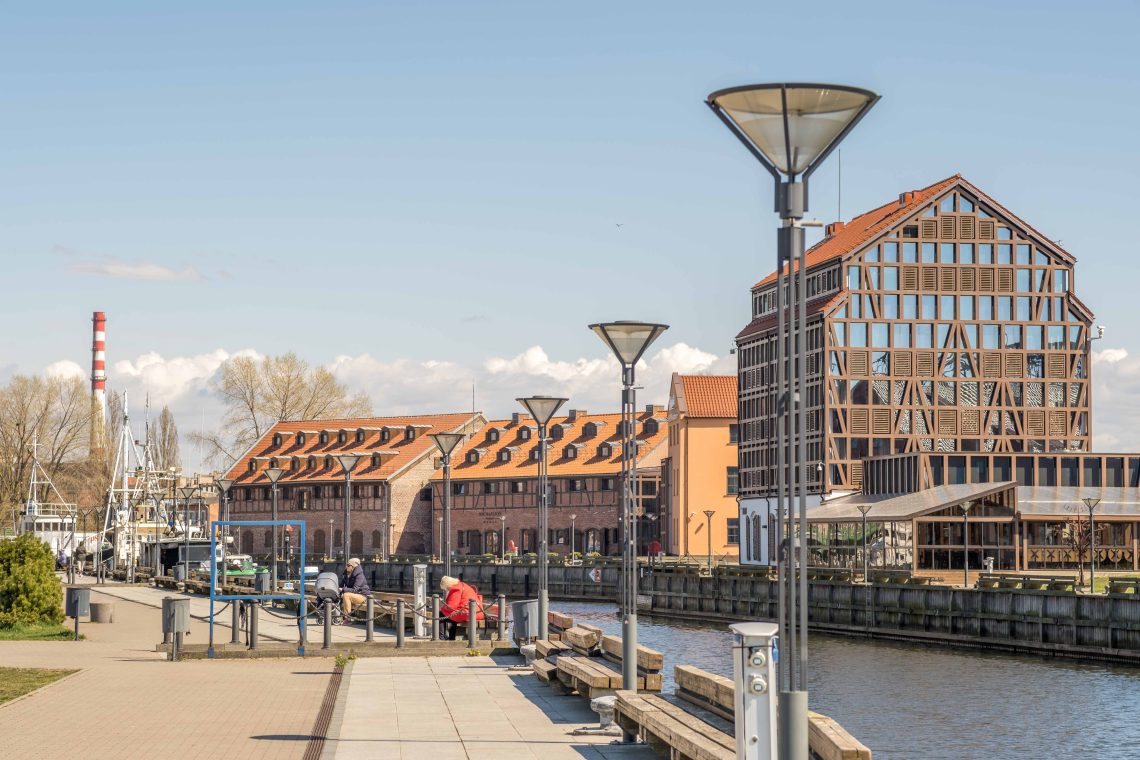 The city of Klaipeda is today Lithuania’s main (and really only) port, on the west coast, hidden behind a land tongue that connects to the Russian exclave of the Kaliningradskaya Oblast. For most of its modern history it was known as the German city of Memel, right at the northern edge of Prussian and later German territory. After the Treaty of Versailles, it was ceded to the new state of Lithuania and became Klaipeda, although still overwhelmingly German in terms of population. It was re-conquered by Nazi Germany as agreed in the Molotov-Ribbentrop pact of 1939, experienced horrific slaughter during and after the war (both under Nazi and Soviet dominance) and was finally incorporated into the Soviet Union, with all German inhabitants moved to Germany. After the dissolution of the Soviet Union, it became a part of Lithuania and is now its main industrial hub.

The various periods in Klaipeda’s history are still clearly distinguishable to the trained eye, ranging from a fortress built by the German Order to Soviet housing developments. It still has a working relationship with Russia as an export gate for oil (due to its wide-gauge railway line to Russia). The city is actively celebrating its ties to the German, Russian, Swedish, and Lithuanian past – by actively developing a culture- and history-oriented tourist industry, supported both by a living infrastructure of lectures, guided tours and a publicity campaign, but also the reconstruction of historical architecture that should serve to draw attention to the diversity of its history.

A good example of this is the planned reconstruction of the Great Castle Tower – not only once the main visual element of the Livonian castle on the coast, but also a deciding part in the orientation within the city (https://baltics.news/2022/04/30/a-new-tender-for-the-construction-of-the-klaipeda-great-castle-tower-has-been-announced/). Also, historical architectural elements have been made visible inside the city, even those that have disappeared. In this way, heritage considerations have become a part of city planning.

This undertaking is greatly helped by the historical structure of the city, which divides it into roughly three elements: the great castle, a defensive work of medieval origin; the old city, founded in early modern times but built to serve the defense of the castle, and the “new city”, a more recent extension where defensive consideration played a far smaller role or even none at all. Much of that was lost when the city was heavily damaged in the Second World War through a combination of bombardment and fighting. After the war it mainly became an industrial port city, and Soviet-era housing estates are still dotted throughout the suburbs. However, in recent years efforts are underway to reconstruct that historical texture, with an eye both on improving the livability for the citizens and the attraction of tourism.

The decision to create a trifecta of heritage-related interests, city planning, and tourism appears to work well for Klaipeda in its effort to become a cultural hub as well as an industrial one. The uglier parts of its past (the Holocaust, post-war ethnic cleansing, and Soviet occupation) are not neglected, but rather incorporated into the narrative of tours. In this way, the history of the city and its inhabitants are meant to augment one another.

Klaipeda Travel (https://klaipedatravel.lt/en/) targets a number of audiences with various activities: guided and solo tours of the historical city, day trips to the surrounding countryside (particular to the land strip opposite the port), and cultural experiences. The latter can be devoted to art (in the case of the Talking Sculptures tour: https://klaipedatravel.lt/en/) or to more visceral experiences devoted to shopping, cuisine or Klaipeda’s rich beer brewing scene. Klaipeda Travel’s web site offers the opportunity to create a trip plan, a review possibility, and links to services, including the possibility to book tours, accommodation, and travel.