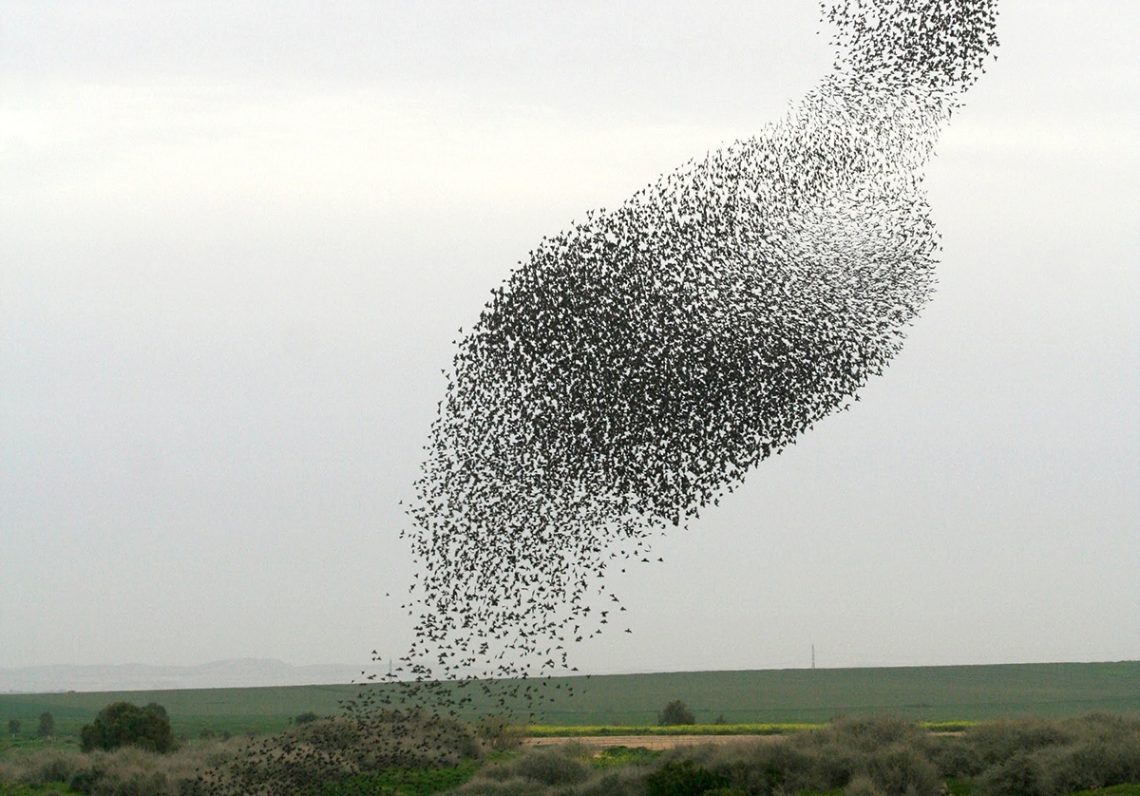 Shortly after New Year’s Eve this year, hundreds of dead starlings could be seen on the streets in the center of Rome. The birds hit buildings and power lines out of fear of the fireworks, and fell dead from the sky. This particularly happened on the famous Via Cavour, close to Rome’s central station, Termini.

The mass deaths are the result of the many fireworks that were set off despite the ban, possibly combined with the large municipal fireworks show. The Roman starlings are famous for their extensive formations, in which they have swarmed over the city for centuries. Ironically, there were many more starlings this year than usual, because the city was so calm as a result of the pandemic.

It is not the first time such a mass death of starlings took place in Rome. Especially in the years between 2003 and 2010, when there were more birds in the city than afterwards, it rained dead starlings a few times.

But are starlings the only animals that rain from the sky? The sad news is reminiscent of stories about fish that spontaneously fall from the sky, sometimes hundreds at a time. In these cases, tornadoes were probably the cause. Over the sea, tornadoes absorb large amounts of water. If a school of fish happens to be swimming in the wrong spot, the tornado will take it just as easily. The fish get stuck in the overhanging storm cloud and fall back down on land. There are recent reports of such pleasant showers from, for example, Sri Lanka and Thailand.

There are also other animals that fall en masse. There are reports of frogs, toads, spiders, worms and even jellyfish. The frogs are reminiscent of the Biblical second plague mentioned in Exodus, which occurred after the Egyptian pharaoh would not release the Israeli people from slavery. Well, they did not fall out of the blue sky but crawled en masse out of the river Nile. After they had invaded every corner of all Egyptian houses, the pharaoh was willing to assent to anything, and Moses let the frogs die the next day. What a mess that must have been. Probably a little more than what Rome went through this week.[1]The astute among us might remember Paul Thomas Anderson’s film Magnolia (1999), which ends with such a frog “rain”, an explicit reference to Exodus.

But hundreds of jellyfish that fall from the sky during a pleasant walk in the rain? That’s not something you should even have to think about…