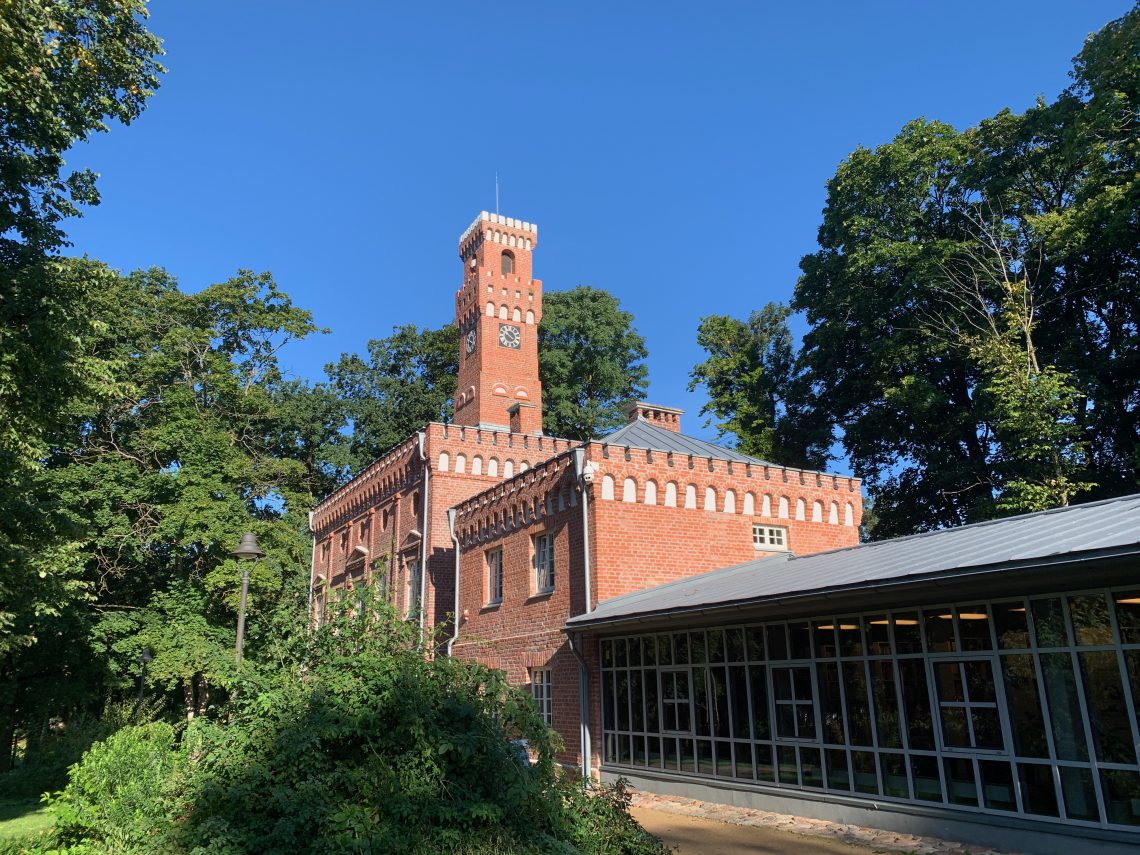 We have already told you about the CRISP project, meant to research COVID-related initiatives in the cultural heritage sector focusing on best practices. It is something dear to our hearts, also because it was the very first project we initiated ourselves.

The circumstances leading to the initiative of the project were brought home (literally) during our first meeting, which took place online in late April of this year. In late August and early September, we were finally able to spend a week amidst the colleagues that we had drawn into the project.

During a meeting that took place in Plungė, Lithuania, we were glad to finally meet up with a group of partners that proved to be seriously engrossed in the project. Over the next months, we are going to describe fifty to sixty cases detailing how heritage institutions dealt with the COVID crisis, which lessons were learned, and how they may influence their policies going forward.

The meeting itself was hosted by (and in) the Plungė Public Library, originally an Orangerie in a palace park surrounding the Ogiński Palace.

In addition to a full program of meetings, presentations, and discussions, the lovely people of Plungė Public Library subjected us to a fascinating schedule of field trips. During these, we saw ourselves confronted with (in no particular order) a Cold War missile silo, heritage in the making, and a (more than) full dinner of Lithuanian dishes from the early twentieth century. B But perhaps the most lasting impression was of Lithuania’s stunning landscape. Combined, these worked to make our meeting both useful and highly educational – and fun.

The next meeting will take place in November in Athens. We’re looking forward to it, and we’ll make sure to let you know about it.