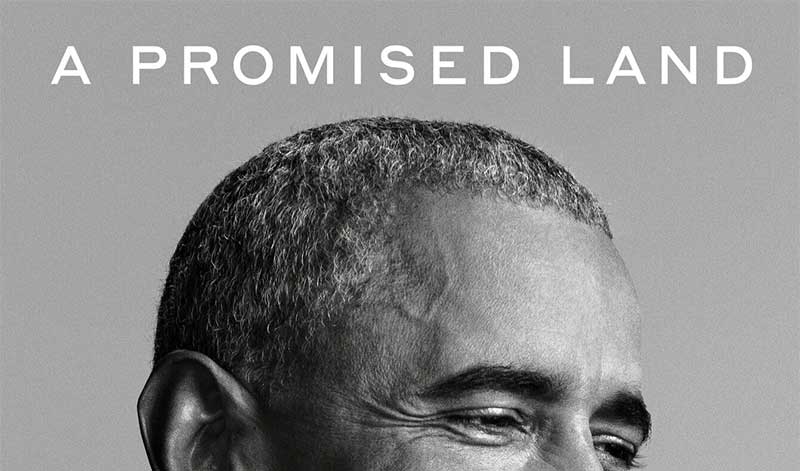 What do Barack Obama, Admiral Mikós Horthy and the Persian Shah have in common? After today, they’ve all written autobiographies to shed light on their political career. And while Obama’s will be very different in most respects, we can also be sure that in other ways it won’t.

When you’ve been in a position of power and suddenly need to adjust to a new, care-free life, it can cause a problem. People get used to power, to the luxury of having one’s every need anticipated and to everyone attentively listening to every word you say. To paraphrase Mel Brooks, “it’s good to be king”.[1]As king Louis XIV, in History of the World, Part One

Today, Barack Obama’s autobiography A Promised Land appears with some sense of inevitability.[2]Barack Obama (2020). A Promised Land. New York: Crown. It follows on the heels of his wife Michelle’s autobio, Becoming, whose enormous success is unlikely to be rivaled by her husband’s effort. Michelle showed herself a lifestyle guru much more than a politician’s wife, and let’s face it, politician’s autobiographies are a dime a dozen.

And they are remarkably consistent, even when they’re written by people who wielded as much influence as the president of the United States. They serve a number of functions, not the least of which is as an explanation of why their authors did certain things a certain way when they were in power. In other words, to preserve their legacy for posterity. A good example is the book Ein Leben für Ungarn (A Life for Hungary, 1953), written by the discredited regent of Hungary, admiral Miklós Horthy, after the Second World War.[3]Yes, admiral, despite his Hungary being a land-locked country. Before 1914, though, Austria-Hungary possessed a coastline (in today’s Croatia) and a smallish navy. That same navy employed … Continue reading Horthy’s rather daunting task was to explain why he had sided with one of the worst genocidal regimes in history for most of the war, attempting to pull out at the last moment in 1944, when defeat looked inevitable. The disconnect from reality that he suffered in his exile in Portugal (spending his evenings playing the casino in Estoril, surrounded by other political has-beens) is almost palpable and his defense, by consequence, rather unconvincing. The fact that he initially chose to publish the book in German tells us something as well about the audience he was trying to reach: the old elites of the long-dead Austro-Hungarian Empire. A slightly different type of autobiography is the one by the deposed Shah of Persia Mohammad Reza Pahlevi, Answer to History.[4]For more on that book, see its Wikipedia article. He wrote it from another exile address, just after the Iranian revolution of 1979 that removed him from power. Again, there was a strong apologetic element, but it was also his (rambling) call to arms against his overthrowers in the Islamist Revolution. And like Horthy’s book, it was rather ineffectual because of its distance from reality. One of the appendices in the book consists of a somewhat eerie list of all the arms the Iranian army purchased under the Shah. Like Horthy, the Shah only survived his book by a short period, succumbing to cancer a year later.

We can be fairly certain that Obama’s book is going to be very different, as he was a very different politician; he was elected democratically and wasn’t forcibly deposed, to mention two small things. And although eventful his reign was not nearly as traumatic as Horthy’s or the Shah’s. But apologetics are going to be a part of it. After all, Obama’s presidency was one of the more controversial of recent times. Because of the ever-dominant race debate in the United States, and due to the introduction of Obamacare, which was opposed vehemently for reasons sometimes difficult to understand for many of us in Europe. And because under Obama, surveillance and retaliation against various groups assumed entirely new dimensions – whereby the definition of what was considered a “terrorist” was sometimes applied uncomfortably broadly.

So Obama has a few things to explain. And just like the Shah’s memoirs, his will also contain a call to arms in a polarized era. But his position has usually been one of reconciliation where possible, unlike either of the examples I mentioned. And if there’s one thing we need in today’s political climate, it is this. Whether people are receptive, is unfortunately an entirely different matter.